Arrival in to Delhi was mind boggling. After breezing through a surprisingly efficient airport I hit the city. The first thing you notice is the number of people by the roadside and lots of beggars wading there way through traffic including small children, some carrying babies who press their faces up against the windows of the taxi. I was dropped off at a hostel which was unfortunately fully booked as was the next which made me easy prey for the autorickshaw drivers and touts to rip me off. I ended up in the travellers ghetto, Paraghanj and realised why the hostels were full. That evening was a religous festival and Delhi was in full swing. It was carnage, the streets were packed full of people, music blaring out, light shows, fireworks going off, horns blaring and then the carnival started. For almost 4 hours a parade of drummers, brass bands and floats dragged along by tractors and rickshaws drove down the street with all sorts of odd characters prancing around on top. Later in the evening some youths started doing donuts on their bikes in the middle of a crowd and some others were being chased by police who were whacking them with a cane. One kid got caught and started being lippy with the policeman who proceeded to slap him in the face. The look on the kids face was one of surprise and he tried to speak but was abruptly cut short by the policeman's palm against his cheek! The slapping continued for about 10 seconds before the kid got the message. Now that's what I call policing!!

By day Delhi has a thick smog, its filthy, noisy and smelly, for those of you who have been to any Asian city such as Bangkok, think of the chaos there, double it and you have Delhi. It is unreal how chaotic the place is and you are constantly people watching. To emphasize how dirty the city is, my grey t-shirt which I wore for a day had massive brown patches when I took it off in the evening. My legs which I thought had tanned nicely after a few days in India were in fact filthy and yes I went 2 days without showering but seriously there is no point trying to be clean!

I managed to get a train out of Delhi to the capital of Rajahastan, Jaipur. The process is unbelievably frustrating as you have to fill out a form at the railway station, give all your personal details then wait in a queue for an hour and a half. Unfortunately Delhi belly struck on the train of all places. I was expecting to get it but of all places why why why did it have to be the train?! So that was 5 hours of hell including several trips to use the squatter toilet which is no easy task on a moving train.

The following 48 hours were pretty rough but thanks to Imodium I was under control and eventually got my appetite back. Jaipur is again chaos but for a typical street scene you have the addition of cows, donkeys, pigs, camels and goats. Lets not forget the piles of rubbish for the cows and pigs to wade through, the smell of ammonia and crap everywhere and there you have it, India, Incredible India! Probably haven’t sold it to you, no? Despite all of the above, the place is fascinating, not exactly a destination for honeymooners but for someone who wants an authentic experience, to see some crazy stuff and to see just how differently other people live, I can’t think of anywhere better. The poverty here has an effect on everyone no matter how thick skinned you think you are. Its all around, shanty towns, beggars, people picking through rubbish, I’ve never seen it on such a huge scale.

Most of the people are friendly although I have encountered some hostilities with the autorickshaw drivers who are just awful. They are renown all over Asia for being swines but here they are something else and I have lost my temper with several of them. The bicycle rickshaws are heroes, how they can cart my arse around all day I will never know. They always get a tip from me especially when they have to get out and push the bike up the hill!  I have had my photo taken with loads of Indian men, one said I looked like Andrew Flintoff so i'm not sure whether they are all mistaking me for him. A rather camp young man started walking along with me in the train station, I feigned interest in talking to him and he eventually walked away then came back. I was awaiting a lecture on politeness as I was a little abrupt but instead he asked me one queston which he really wanted an answer to.... "back in the UK, I hear there are lots of gay people?"  ??!?!  Later that evening I read my Lonely Planet which states that it is very unusual in India to be approaching your thirties and not be married. So I can only assume that all the looks i've had from men both in India and Sri Lanka are due to their assumption that a single man travelling alone is gay!  They are quite forward people and have no problem asking what your salary is, one man asking me last night what age I first started having sex!! Again the train and bus journeys have always been a great opportunity to talk to the locals. I had another apple offered to me and rather than make a scene as I did when someone offered an apple on the train to me in Sri Lanka, I accepted it. Well, that was his wife's apple and she wasn't best pleased!! Yesterday the bus stopped for a toilet break and the man next to me said "toilet break, come, let's go" I said I didn't need to go and he looked at me as if I just said that us westerners don't go to the toilet. His response was priceless "what?! you don't go toilet, but you should go and see if it come out"..... Thanks Raj, I'm quite familiar with the process!!! 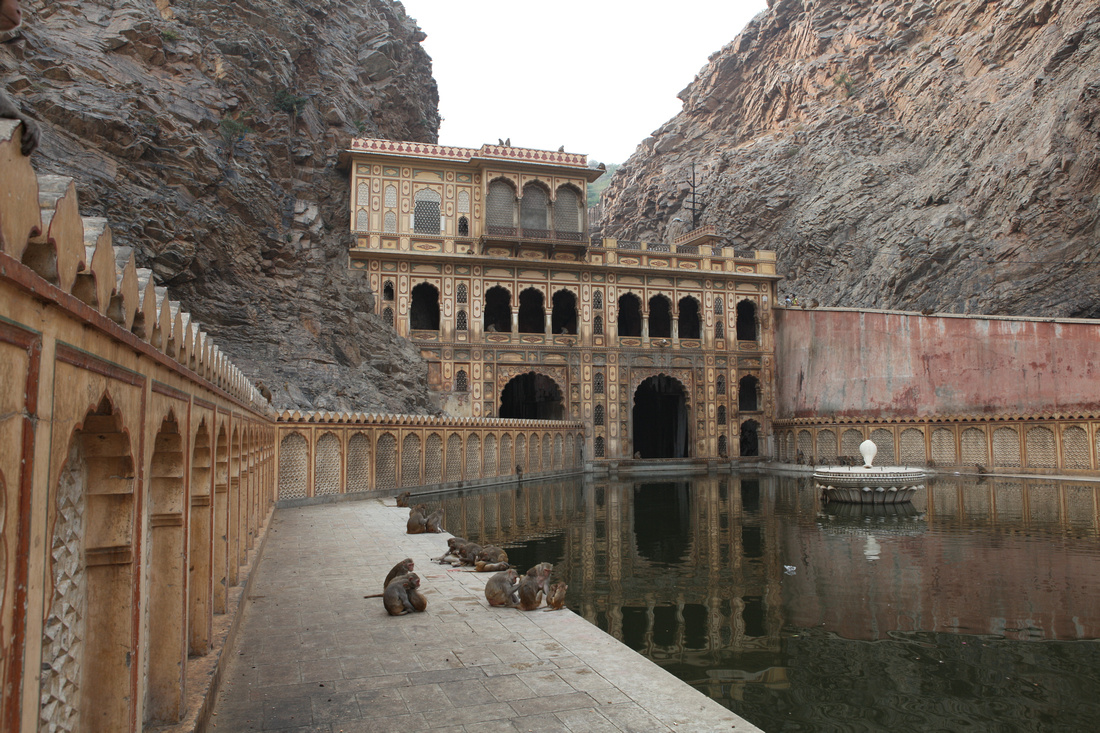 I visited a Temple full of monkeys, 100s of them roam free causing mischief and occassionally having a go at the tourists. This was of course nothing compared with the Karni Mata Temple aka the Rat Temple. From the outside its just like any other temple but inside live over 20,000 rats. It has to be the most "out there" attraction which I have ever seen. You walk in bare foot (its a temple after all) and the first thing you see is a huge vat of milk with a hundred or so rats sipping away climbing on top of each other to get to the milk. If you spot one of the few albino rats or a rat scurries across your feet it bodes well for your future. What makes it more crazy is people come to the temple to worship the rats and pilgrims travel from far and wide each year to do so. It really is bonkers! 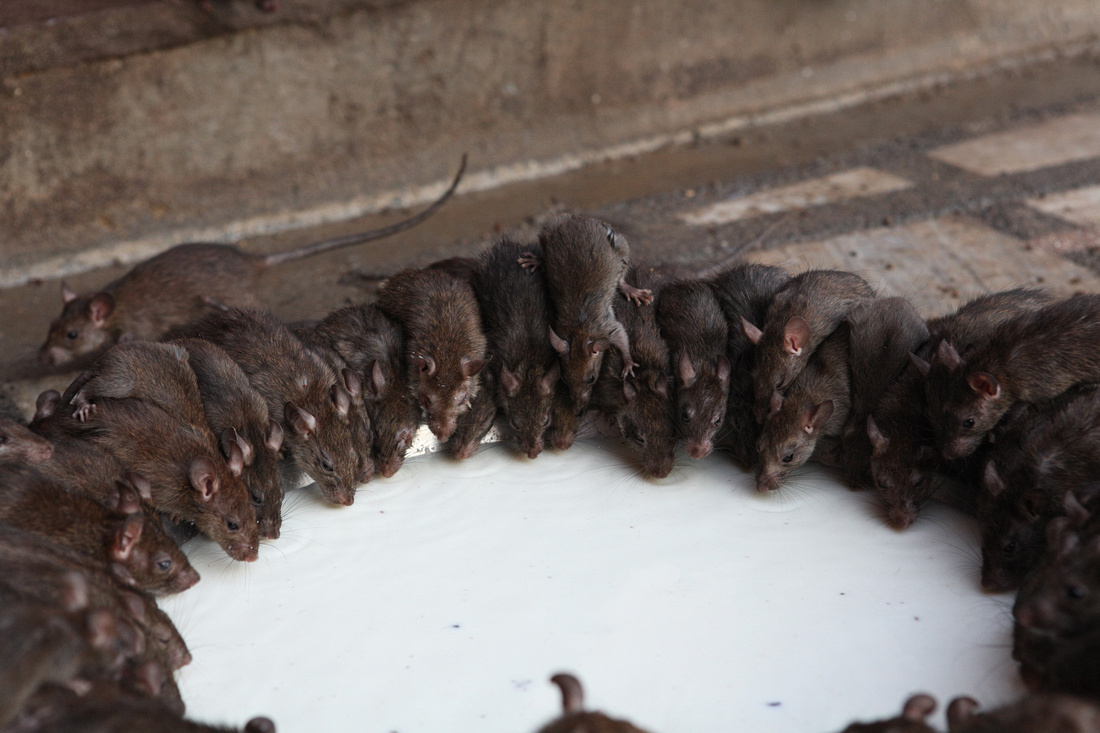 I went on a came safari and spent the night in the desert. Its quite comfortable at first but after a while your arse goes numb. My camel had an itch so kept on lifting his back leg, having a scratch then slamming it down to the floor. Then I got sick again. Everyone who I have met has been ill so the guesthouses are more like a doctors waiting room. An ozzy guy I met was just about to have a massage when his masseuse sneezed into his hand and wiped his nose on his hand. His mate had to have emergency root canal surgery and just before doing so, his dentist handled money and didn't change his gloves before operating. I had a rickshaw man trying to shake my hand with his left hand and we all know what Indians do with that! The Temple of the Rats had nowhere to wash your feet after walking around barefoot treading in rat waste, not even a puddle of water!  I brought a huge poppadom and asked the sellers if they could take my photo with it, they misunderstood and thought I wanted a photo of them and the poppadom, so they put both of their hands on it and posed for a photo! I'm currently sporting a new haircut courtesy of India's answer to Edward Scissorhands, he's done a great job but I didn't appreciate having my face and ears cleaned with a dirty rag or the belch in my face.

So, India so far....great if you are budget conscious, it is exceptionally cheap and half the time you can't eat or venture far from a toilet which makes it easy to save the pennies. This makes it great for weight loss ladies. Honestly i'm see-sawing between liking it and loathing it. I don't think I have ever been somewhere which has provided such a roller coaster of emotions, yesterday I experienced, anger, sadness, laughter and finally happiness when I made it to my guesthouse and found the rooftop restaurant overlooking the stunning Jaisalmer Fort. A lot of the other travelers I have seen really look like they have spent too much time here and I can see why - its hard work but the sights have been worth it and it's one hell of an experience. 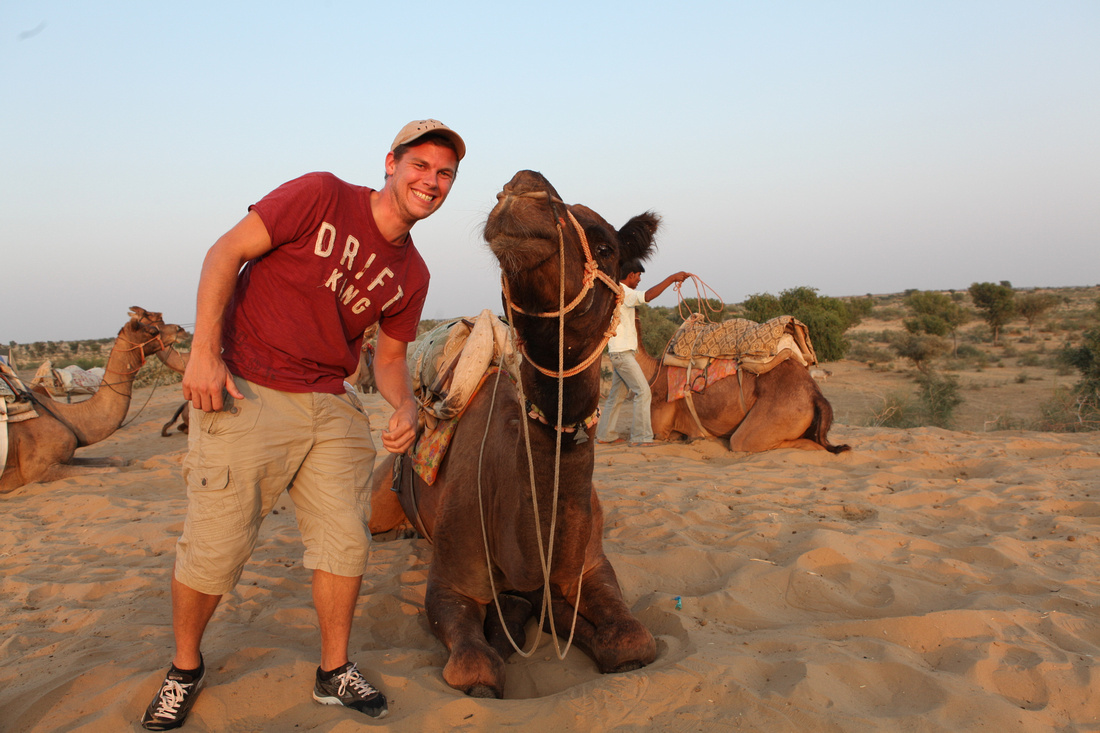 Marc Guille(non-registered)
Kudos to you mate - India sounds like one unbelievable experience and one you will never forget.