After a 10 hour flight I arrived in Colombo and checked into a hostel next to the beach, bit of an unusual hostel as it was someone's flat with room for 2 people and somehow this lady was packing in 12 beds. There were plenty of people around for the cricket and I went along with a couple of cracking English guys and a Spaniard who we dragged along for his first experience of some willow spanking. I didn't have tickets for the semis but arriving at the stadium, a whole load of touts swarmed our tuk-tuk and I had a ticket in my hand in seconds for about £15. Sri Lanka won their semi and the atmosphere after was incredible, people letting fireworks off in the street and our tuk-tuk even got mobbed by 10 fans. 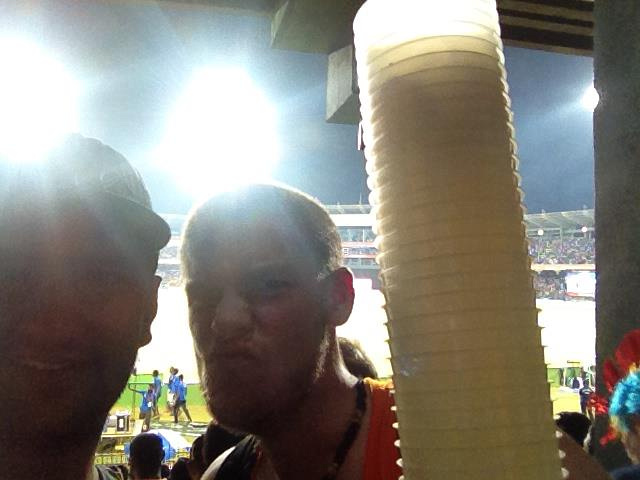 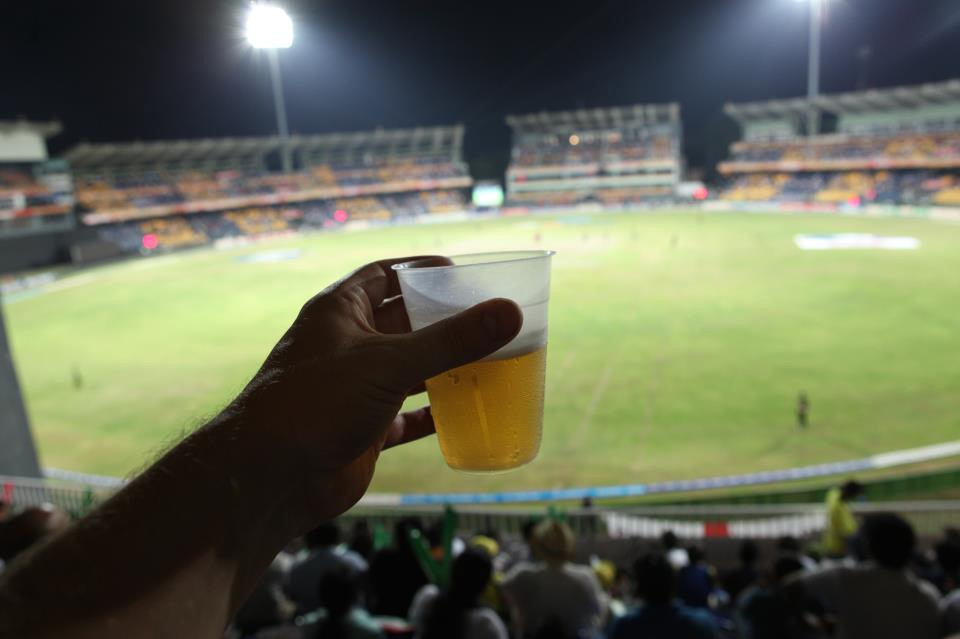 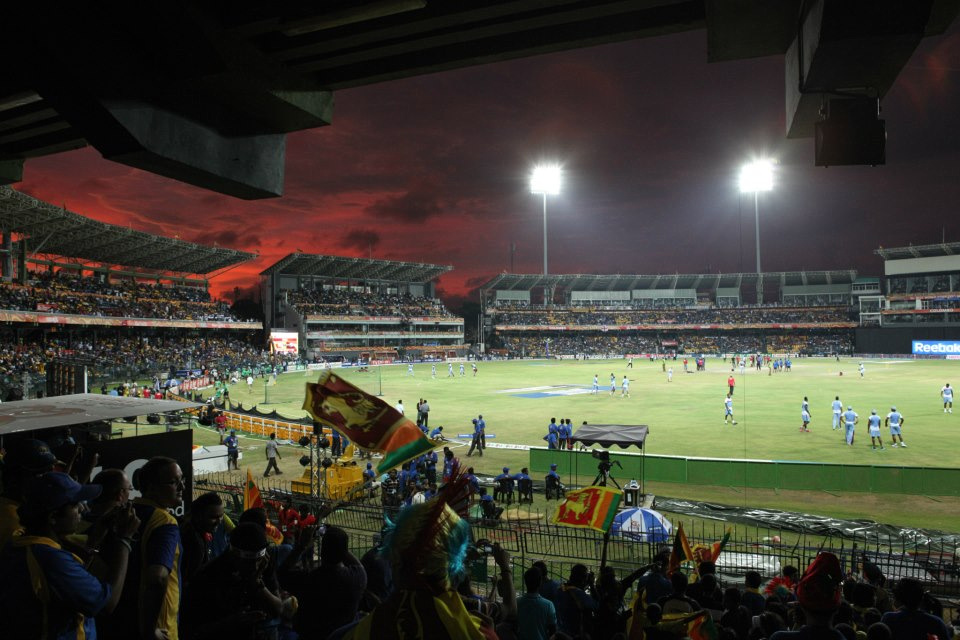 I rode the train down the south coast which was manic. It was packed and if you have ever been front row at a concert you will know what I mean, I just couldn't move and whats more there were vendors going up and down the train with baskets of fruit, snacks and get this, one man was selling balloons, what train journey is complete without a balloon?!   Once a few people got off I was able to hang out the doors, we weren't allowed on the roof but that's something i'm hoping I can do in India :) The bus journeys are fun for the first 5 minutes until you realise you are to be subjected to Sri Lankan pop music at deafening volumes and disco lights for the next 3 hours!  Unlike SE Asia, Sri Lanka doesn't have much of a backpacker scene so all my trips have been using public transport which isn't the most comfortable and usually means bus journeys are spent squished up against a local who think you enjoy them practicing English on you. The upside of the transport over here is that its so darn cheap. So far I have totalled 8 hours on a train and 5 on a bus for a grand total of £3.90! You put your life in the hands of the bus drivers who are nuts and then there's the rubbish being thrown out of the window by the locals!

Somehow I got off at the wrong railway station in the hill country where I was stranded for the night as there were no more trains. I ended up in a homestay in a small village and spent the night in the company of a couple of French people and a Sri Lankan family. The place was a dive! The toilet's cistern tank didn't fill so to flush you had to manually fill the cistern tank with water from a bowl, electricity was on for a few hours a day and there were big black spiders all over the place including one big fella above my bed. As I found out at night, my bed had two slats missing so half my body was falling into a gap while I was asleep. I do sometimes laugh at why I chose to travel like this but it really was such a great experience as we got to see life through the eyes of a Sri Lankan and the meal the lady cooked was incredible. Its also amazing what you can live without especially when you get off at the wrong station and are left in the arse end of nowhere!

The south of Sri Lanka has one of the most stunning coastlines I have seen, turquoise blue waters, crashing waves and palm trees all the way. Sri Lanka is re-developing its tourism industry since the tsunami and the Tamil tigers scared people away. Because of this I have found Sri Lanka to be unspoiled by mass tourism and there have been many occasions I have found myself being the only white person in town or on the bus. As a result people stare at you and I also seem to be getting some unwanted attention from Sri Lankan men who are quite open about their sexuality. One man blew me a kiss, I had my nuts grabbed by a security guard at the cricket as I was being searched and on more than one occasion I have been asked for my phone number. I thought it was just me but a French guy I met gave a tip to a restaurant owner who gave him a kiss on both cheeks and then tried to give him a kiss on the lips! An Ozzy fella was chatted up by immigration, having not been in the country 2 minutes!

The people are incredibly friendly although they take hassling to a new level. I visited one of Thomas Lipton's tea factories and decided to walk the 10km back to town, I had my camera out and walked passed a school which had just finished for the day. Every kid said hello to me and wanted to have their photo taken. If this happened at home the police would be on to me! That's assuming the kids hadn't mugged me and stole my camera. I then had an entourage of 10 kids and 8 tea pickers walking along with me for half an hour, chatting away, having running races and clowning around. After they left I still heard kids shouting hello from the hills for about an hour.

I have now been invited in to two schools, one of them had a group of 20 or so kids in a marching band. They played me something while I took photos. Too be honest it sounded bloody awful and I think Neil Peart's job in Rush is safe. This morning a teacher invited me into his school, gave me a cup of tea and then  tried to sell me some tat! 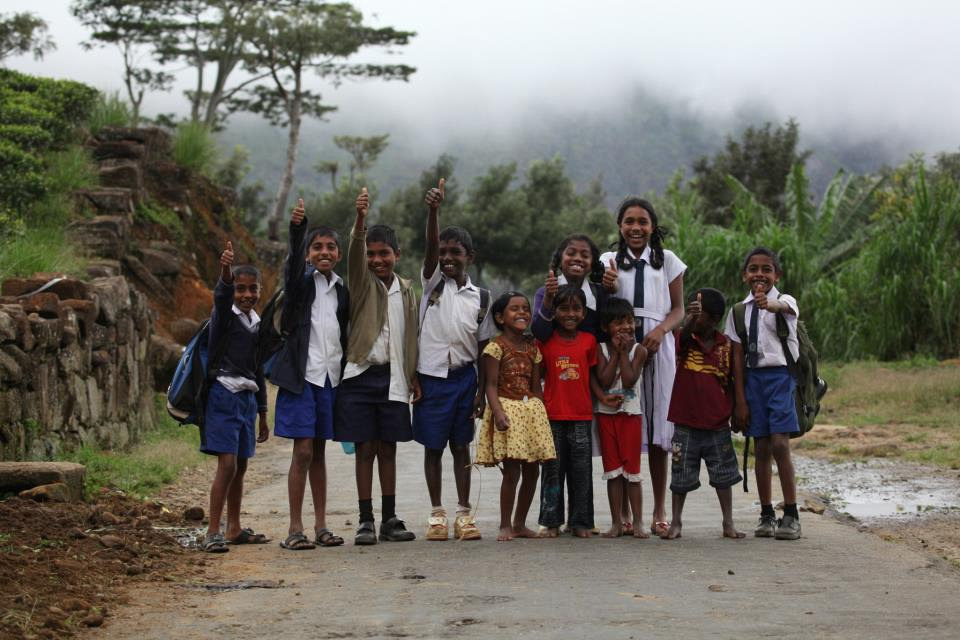 Yala is a national park in the south east of the country and I did a couple of safaris where there were elephants, crocodiles, lizards, buffalo, deer and a couple of leopards. People go mad for the leopards, as soon as one is sighted all the jeep drivers are on the phone to each other and a mass of vehicles descend on this poor leopard at the same time, I counted 30 vehicles queued up which kind of spoils the moment but they are beautiful beasts.

I went on a boat trip looking for blue whales but we didn't see any as there aren't many around at this time of year. I am hoping to give this another go before I leave as a blue whales is a big tick on my list of things to do before I snuff it.

And one last photo of me getting suitably caned in the sun... 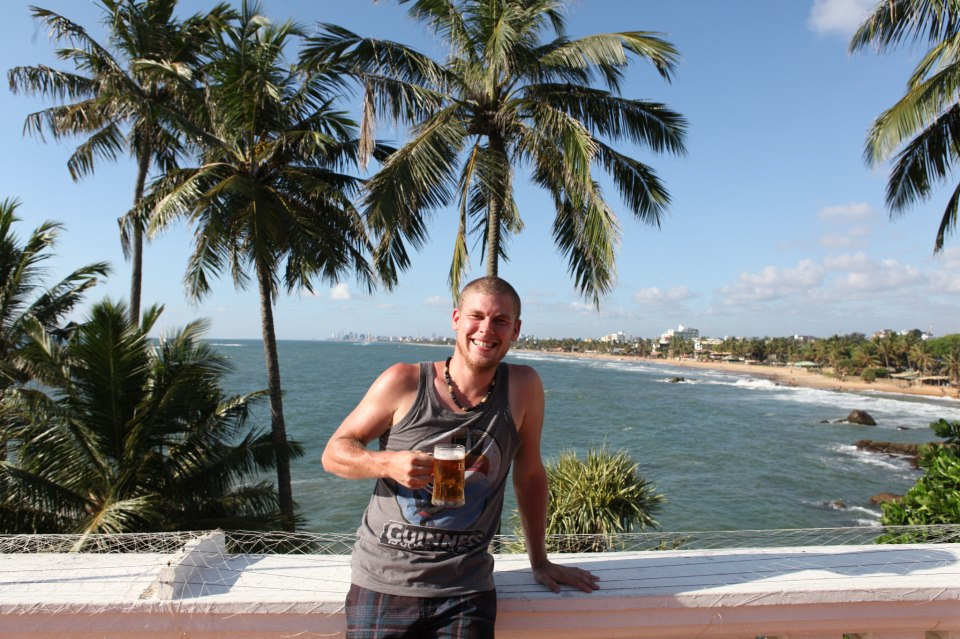 chloe n neil n bump(non-registered)
Guy trip sounds awesome although would not be keen on big spider's. Love the photos of all the kids!very jealous of ur safari-would love to do that one day x
Marc Guille(non-registered)
Dude you must indeed be handsome and clearly a hit with the Sri Lankan male community.

Loving the stories mate it is shaping up to be one hell of an adventure. Enjoy the WC's in India.